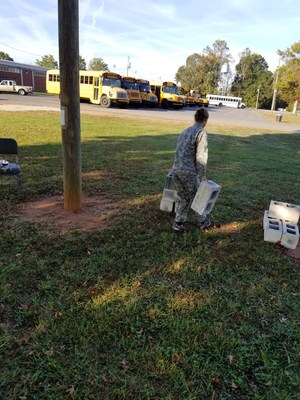 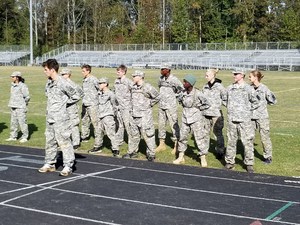 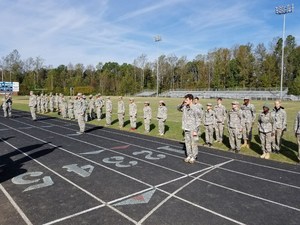 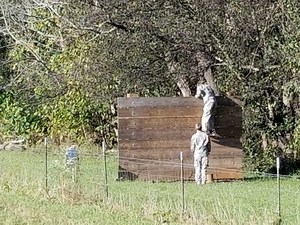 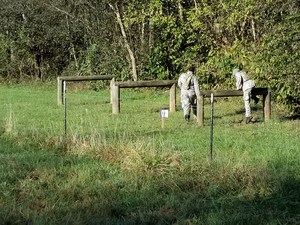 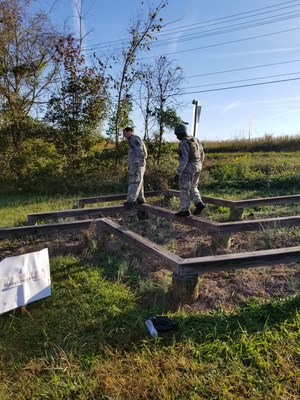 Elkin Raiders finish on top out of 19 teams on the 5k obstacle course.


On October 21st the Elkin JROTC Raider Team competed for the second time this semester. It was a very successful day and Elkin left with 3 wins and an overall victory. For the girls, Catie Beth Brown and Harper Lee Libbert took first with a time of 38 minutes. For the boys, Elkin had two successful teams who managed to tie for first and finished with the same time down to the exact second. The teams consisted of Ryley Lyles/Chase Harris and Wade Wagoner/Ty Parsons, both with a time of 35:37.

The Raider meet took place at West Rowan High School and is unique in its unusual set up. Most Raider competitions are made up of an eight man teams and have events that last all day. The West Rowan meet was made up of two person teams and cadets could finish their competition in as quickly as 35 minutes.

This year was West Rowan’s second time hosting this unique meet and it did not disappoint. The course was intense, with over 10 different obstacles scattered throughout a 5K run. Obstacles consisted of a tire pull, a fireman’s carry, a tractor tire flip, a litter carry, a cinderblock carry, balancing beams, a ten foot wall, a low crawl, and a truck push. After the obstacles were finished, cadets took a lap around the track and ran the entire course once more in the opposite direction and without obstacles.

After each of the 19 competing teams had finished, awards were handed out and the meet came to an end. The Colonel hosting the meet thanked each team for their participation and hard work that day and Elkin boarded the bus for home. On the way home, the team stopped for a celebratory lunch of salad and pizza in honor of the team’s impressive win.